By courtesy of our business partner UKRROSTECHNO we participated in the International Agricultural Fair “AGROEXPO 2020” – the largest agro-industrial exhibition in Ukraine with a demonstration of machinery and technology, which takes place in Kropyvnytskyi (former KIROVOHRAD) every year. At the fair our partner UKRROSTECHNO presented two vehicles from the Benalu Group. Mega Light with the capacity of 55 m3 and Optiliner with the capacity of 58 m3.

The AGROEXPO complex covers 360,000 m2 of the exhibition space, where leading domestic and foreign producers of agricultural machinery, means of agricultural transport, manufacturers of seeds, fertilizers, pesticides, providers of storage and processing of agricultural products can exhibit their products. In addition to business networking the fair serves as an educational platform for the general public. 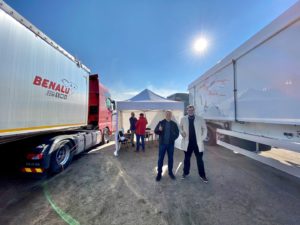 MEGA has just signed a partnership agreement with the UKRROSTECHNO company from Kiev, Ukraine, the official dealer of MAN Truck and Bus Ukraine, thus entering the Ukrainian transport and agricultural market with new versions of vehicles. The Ukrainian market is an absorbent market with specific endurance requirements, therefore the vehicles offered by MEGA for Ukrainian roads will be tailored to their needs. We hope for a lasting cooperation which will bring satisfaction to both parties. 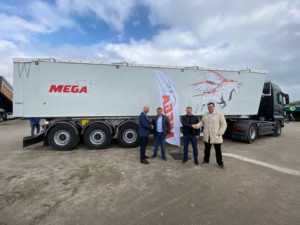 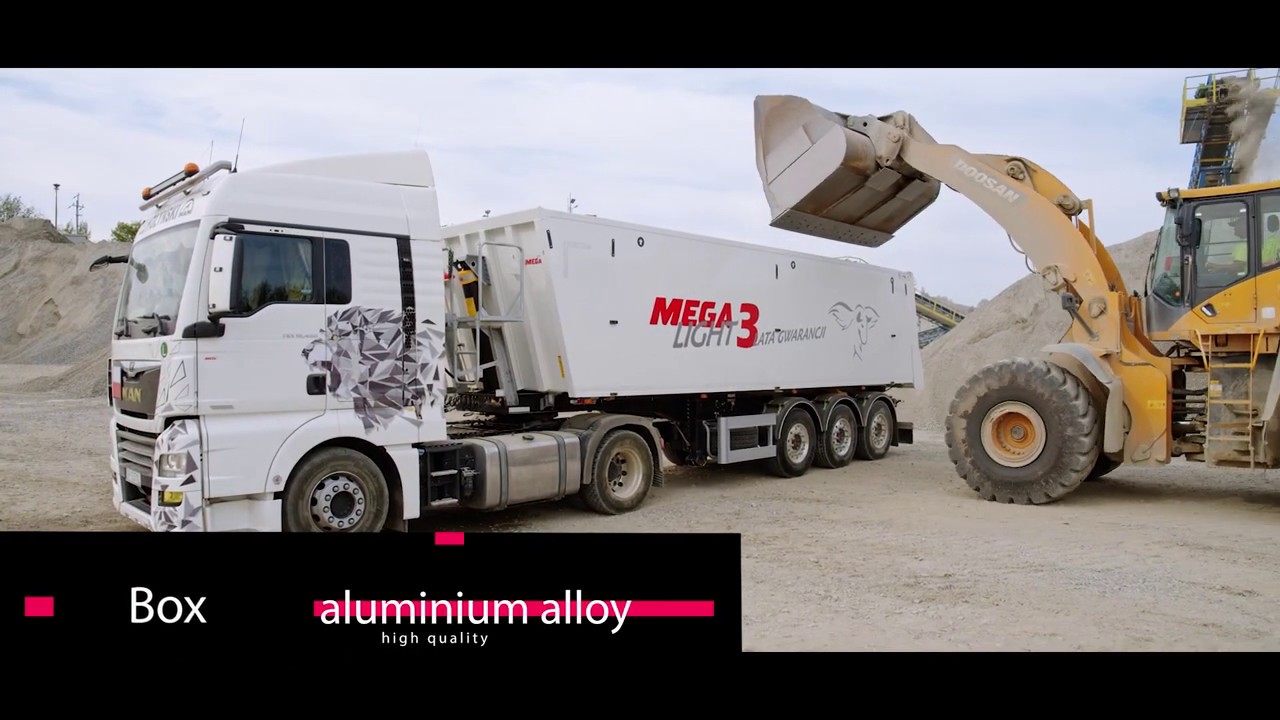 Due to COVID-19 situation from May to July MEGA Sp. z o.o. is working four days out of five a week. Every Monday from 04.05 to 27.07 the factory in Nysa will be closed. On other days the working hours will be as usual.

We would like to inform you that the procedures adopted by the company (resulting from the spread of the Covid-19 virus) allow ensuring continuity of the production, processing of confirmed orders and pickups from the manufacturer.

We appreciate your understanding of the situation and wish you (all of us) a quick return to normality. 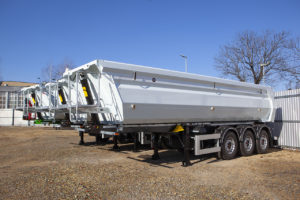 We support fighters against coronavirus

Dear medical services – we have deep respect for your work! 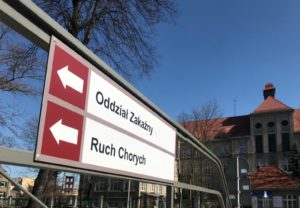 We would like to inform you that the procedures adopted by the company (resulting from the spread of the Covid-19 virus) allow to ensure production continuity and process confirmed orders.

The company’s management board provides strict monitoring of information and implements recommendations on preventing i minimizing the negative impact on the staff and the business operations of the plant in Nysa. We would like to inform you that the working hours of the customer service office in the principal place of business of MEGA in Nysa have not changed (8:00 am – 6:00 pm).

At the same time we would like to invite our business partners to contact us via the Internet. 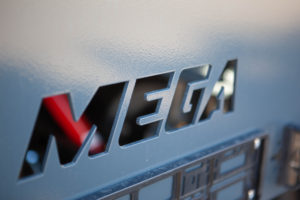 The BENALU Group has recorded spectacular increase in sales during the last three years. Its turnover almost doubled reaching over EUR 170 million in 2019.  This increase is a result of ambitious policy of improving the existing vehicles and introducing new ones, increased participation in export markets and two acquisitions (takeover of MEGA in 2017 and takeover of MAISONNEUVE CITERNE in 2018).

In order to accelerate the effects of synergy in the group, especially involving design and manufacture, and to implement ambitious assumptions involving customer service development, the BENALU Group decided to strengthen its  management section by appointing Arnaud de Ponnat to the position of the president of the management board as at 1st January 2020.

Arnaud de Ponnat was formerly the president of the Mécachrome Group – the leader of precision mechanics and solutions for the aircraft industry as well as the automotive supplier for companies such as: Airbus, Rolls Royce, Safran, Porsche, Renault, Ferrari; with annual turnover of 410 million EUR and employment of 3000 people. 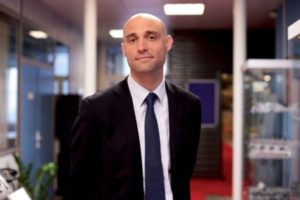 THIS YEAR edition OF AGRO SHOW Ostróda, Exceptional as far as the number of exhibitors and the space, has ended.

265 exhibitors on over 20 thousand square metres and nearly 35 thousand visitors. In the midst of the largest polish and world brands of machine manufacturers, among others for the purposes of agriculture, also mega presented its offer for this sector. The event was combined with two-day scientific conference called: “innovative solutions in agricultural science with particular focus on modern agricultural machines.”
Mega changes its image just like agriculture. 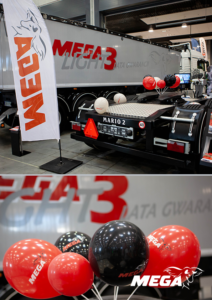 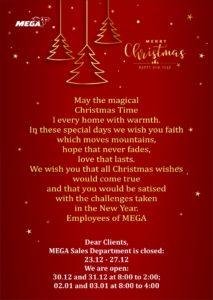 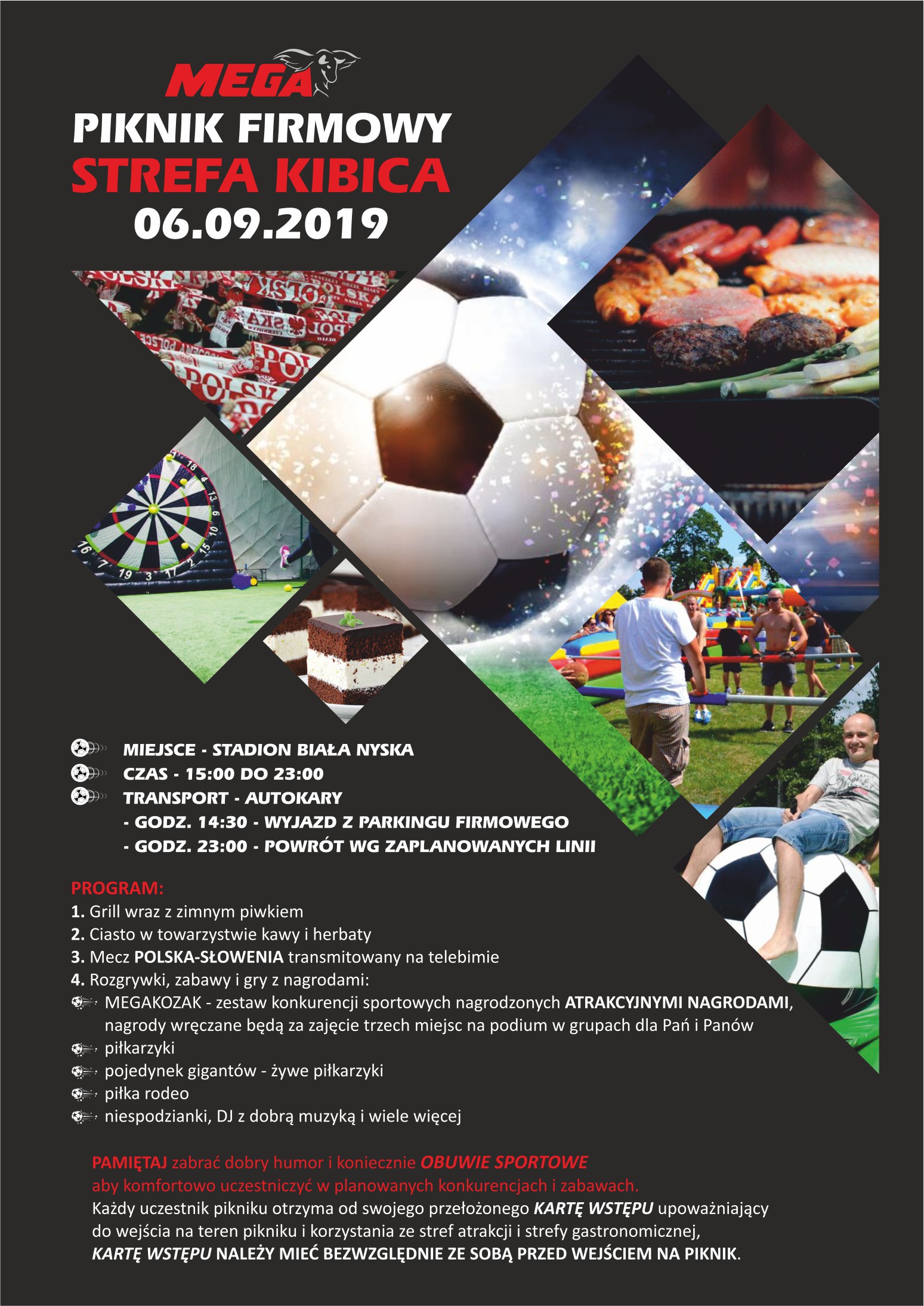 We invite all MEGA employees to the company picnic. 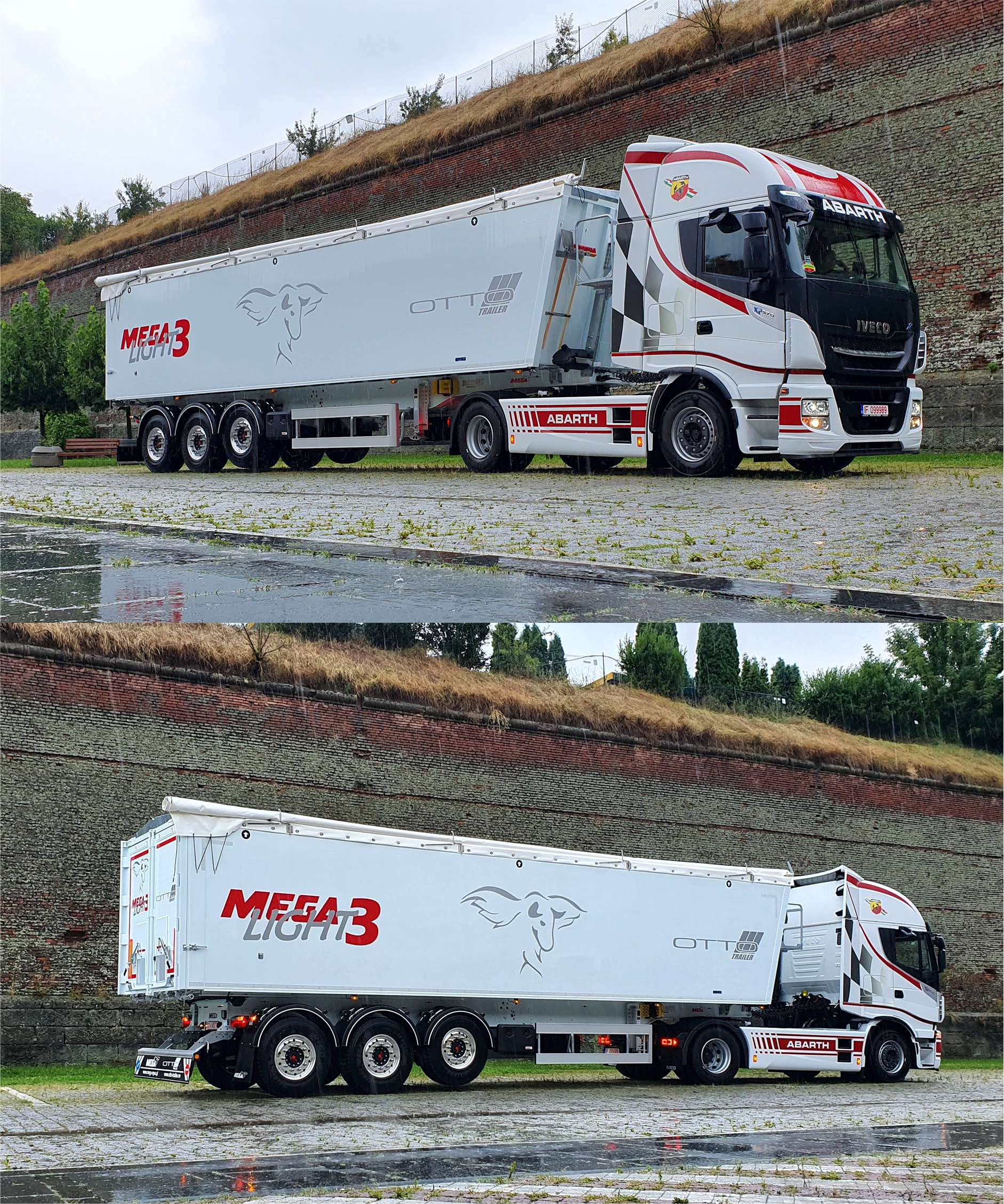 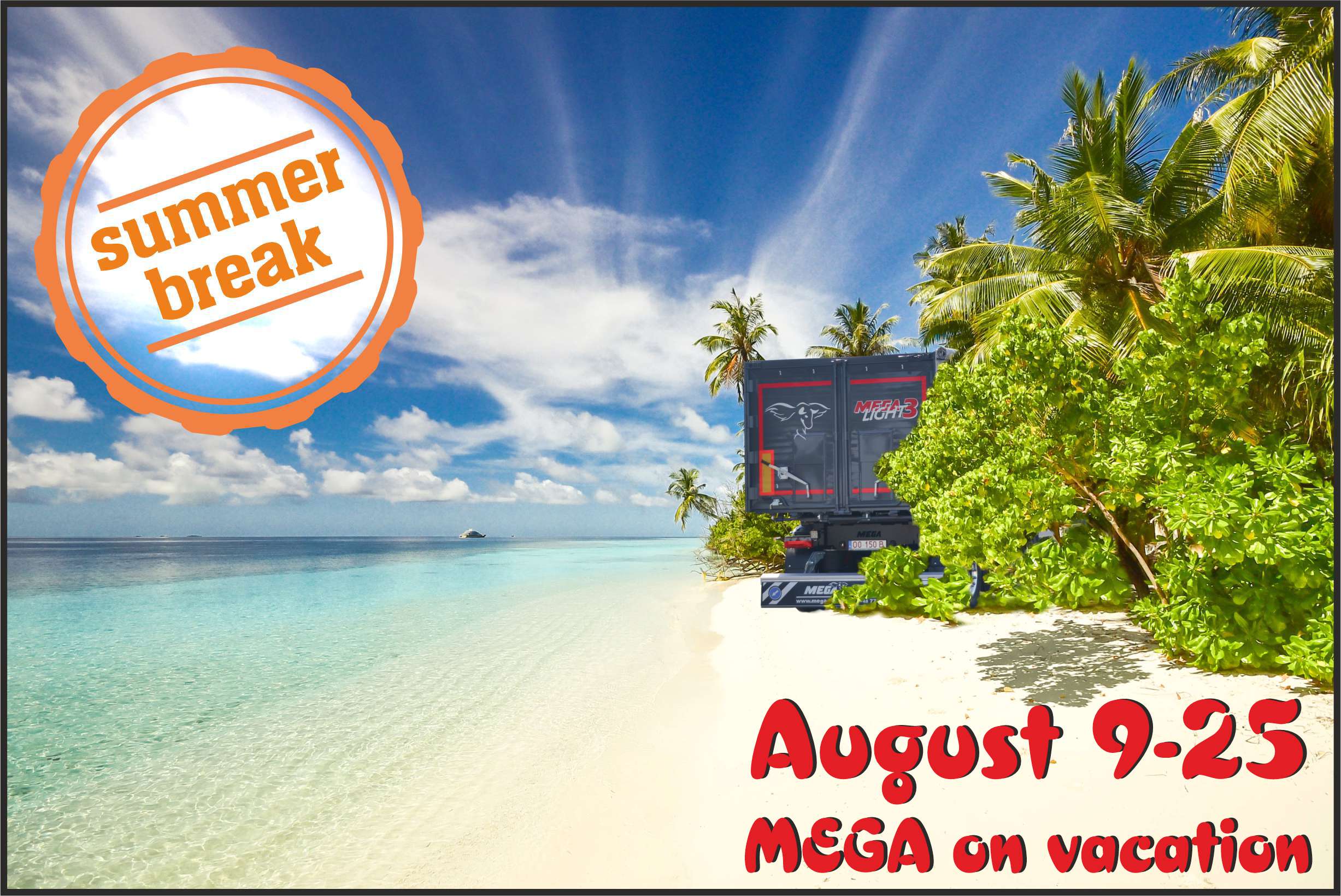 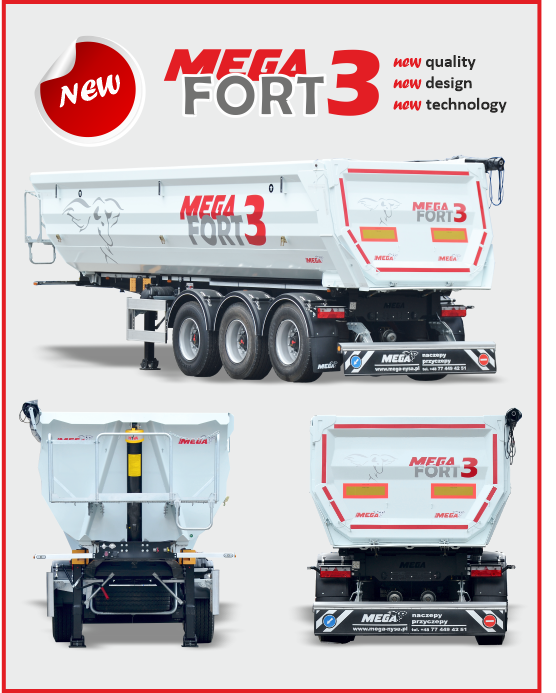 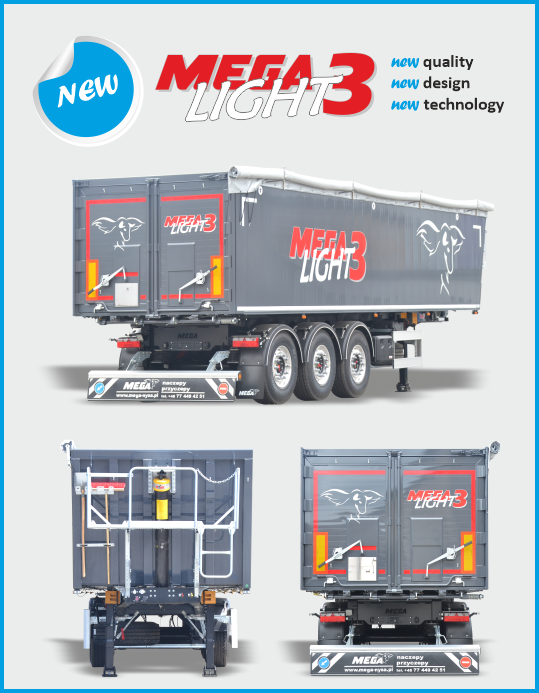